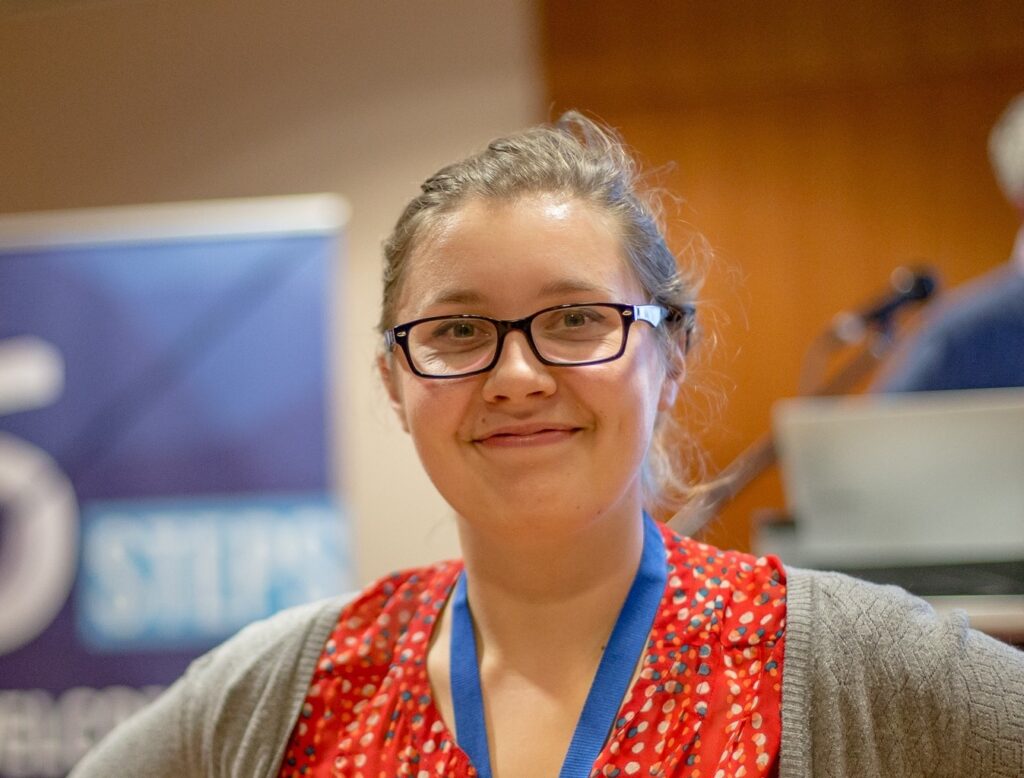 Agnė Dapkuvienė is working at the National Paying Agency under the Ministry of Agriculture. She works with EU funds for agriculture and rural development. In 2018 she applied for the Baltic Leadership Program for Bioeconomy and Youth and have been expanding her knowledge, network and interest in the bioeconomy field. In this story Agnė talks about why education is key to addressing environmental challenges.

“It’s hard to make young people interested in bioeconomy because it can be difficult to understand what it really means, because it’s an umbrella term that covers different sectors including agriculture and forestry. Nonetheless it’s really important to get youth interested since these areas are key to ensure a more sustainable society. That’s why it’s important to learn about them from a young age. For example, agriculture is clearly important since that’s how we get food, but it has a huge impact on the environment so we need to consider how we can make farming more sustainable. And we need to engage youth in that conversation since it’s a big challenge for the future.”

Agnė Dapkuvienė is working at the National Paying Agency under the Ministry of Agriculture, which administers EU funds for agriculture and rural development. After working there for four years, she decided to go back to university to earn her master’s degree in Economics of Agriculture. This is where she came across the term bioeconomy.

“In the summer of 2018, I received an email about the Baltic Leadership Program on Youth and Bioeconomy (BLP) and decided to apply. ‘Bioeconomy’ is a buzzword that is being used a lot and I thought it would be interesting to be at the forefront of the discussion and be an active part of shaping how bioeconomy is understood and used.”

Bioeconomy is a term that covers sustainable management and initiatives in everything from farming, forestry, fisheries to bio-tech and circular economy. Agnė jokes that the term might stem from wanting to make farming sound sexier, since people seem to be losing interest. Especially young people are moving away from the classical sectors of agriculture, fisheries and forestry. One of the goals of the Baltic Leadership Program was trying to address this by involving youth in creating a toolbox on how to change this trend.

“Our first meeting in Stockholm was about gaining knowledge about bioeconomy. We were discussing youth-involvement, bioeconomy and the future prospects of the world. During the second day, we formed groups based on the topics we wanted to work on. The general idea was to create a toolbox of how to make bioeconomy more popular and known, especially among young people.”

Agnė found the workshops and discussions interesting and useful. Her group was creating a wider framework mapping out activities on bioeconomy from kindergarten to university. Other groups chose to develop concrete project based around specific concepts.

“We worked virtually throughout the winter before we met in Vilnius to present and discuss the results. That was the official end of the programme, but many of us have continued working together in other projects or met each other in other contexts.”

Agnė has had many opportunities to talk about bioeconomy and her experiences since the end of BLP. She has co-written an article with another participant, visited Gdansk for a seminar at the Annual Forum of the EUSBSR and joined a panel at the ReGeneration Summit. She was also interviewed as an expert on bioeconomy in Lithuania for a publication on trending bioeconomy in the areas of Nordic, Baltic, Arctic and NW-Russia.

“It has been exciting for me, because usually these projects have an end date and then nothing more happens. With BLP I feel it was just the beginning of something bigger, even though it’s not yet clear what it will be. Jussi (one of the other participants) was invited by the dean from one of the universities in Finland to work in a big research project. His involvement in BLP gave him that exposure. So for him the impact was fast, which is very cool. You can be seen through these initiatives and people might reach out to collaborate.”

Agnė met many Lithuanians during the project and was happy to get connected with others working with bioeconomy in Lithuania. Now when she is participating in events she often meets people from BLP. She believes that this network was a big part of the scope of the program and she sees the need for strengthening this network with more youth-engagement.

“There is a lack of young people interested in the bioeconomy sector. Young people might go to biotech, which is more sophisticated, but you won’t have too many working in forestry, agriculture or fisheries. I was discussing with some people from Klaipėda University about how hard it is to convince young people to do research on fisheries. Why would they go to the sea for weeks or months if they can have a nice office in the city? This is a major reason why we have to find ways to get youth interested in these areas.”

Agnė argues that we should be better at connecting environmental issues and climate change with bioeconomy sectors. This might motivate young people to work and innovate in these areas.

“When creating the framework for the BLP youth programme, we wanted to look at how even young children can be engaged. That’s why we started from kindergarten since children should be acquainted with nature as early as possible. We need to continuously push this perspective throughout the educational system to keep children and youth from becoming detached. Education is central to help people make these connections. I have doubts about whether climate activists are thinking about the future of farming or forestry as something very complex and interconnected with many fields of life. I believe they should be to be able to properly participate in discussions on the issues.”

Education aside, Agnė still emphasises that institutional changes are needed. Lithuania still doesn’t have a strategy for bioeconomy and she isn’t optimistic that this will happen soon. Most changes are still happening on the individual level and small scale. To create structural change bigger incentives and visions are needed from political side.

“When it comes to farmers, we are not pushing enough towards sustainability. We’re dependent on the companies, manufacturers and farmers that are already conscious about how they do things. It’s good that they are taking action, but we need a more structured, holistic approach. It’s difficult, because I think the understanding of sustainability is still quite limited in Lithuania compared to the Nordic countries. So things are happening, but it’s still very fragile.“

Agnė wants to see bigger political ambition. Even though youth is important it’s not enough to elect young politicians, if they don’t have the right attitude. Agnė sees many young people giving up after one or two years when change hasn’t happened. More people need to go into politics and public service for the long haul to ensure a sustainable transition.

“I would like more conscious politicians in Lithuania, who think long term and not just for the next 4 years. People who want to make the country better in every way. A small business owner, farmer or teacher can do many things and those actions matter. At the same time we also need the political level onboard. It’s not enough that politicians are not stopping these little initiatives; they need to actively support them and help them grow. That would be my wish.”

Agnė was part of the Baltic Leadership Programme on Youth and Bioeconomy. Are you working with bioeconomy in the Baltic Sea Region and 30 or younger? Then read more about the new edition of the program called BeUBio right here. 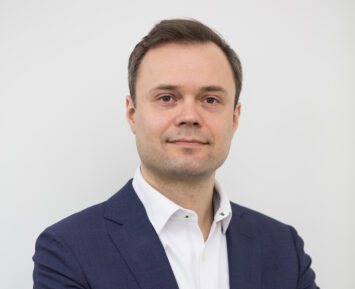