Justina Donielaite has been working with the non-governmental kindergarten Nendre for more than 15 years. Starting out as a translator, she has been managing projects, writing applications and represented Nendre in many contexts. Here she shares Nendre’s unique approach to fostering gender equality among children and what makes Nendre special.

“Nendre was from the beginning very different and unique in the Lithuanian context. It is based on the Nordic model of organizing daycare and afterschool activities, which emphasises working in a democratic, open, and flexible way. At the same time it also promotes the Nordic values of critical thinking, helping the children develop their own opinions and involving them in decision-making. The staff has been going on study trips to the Nordic countries from the beginning, to Finland, the Åland Islands and Sweden to visit different kindergartens, social initiatives, and gain experience.”

Justina Donielaite has been involved with Nendre, a Non-Governmental, not-for-profit kindergarten, for more than 15 years. Nendre was founded in 1998 with funds from the Finnish Ministry of Foreign Affairs. While she was studying Swedish at Vilnius University she went to Stockholm with a Swedish Institute scholarship. While there, the Åland Islands Peace Institute approached her about becoming a Swedish-Lithuanian interpreter for a project they had been part of establishing in Lithuania – Nendre. After returning to Lithuania she still continued her work as a translator. After graduating she moved to the Åland Islands as part of the European Volunteer Service to help with fundraising and applications for Nendre.

“During that first year of volunteering we got a project with Kaliningrad and Belarus and I was offered to stay as the project manager. My initial plan had been to stay for one year and then return to Lithuania. I ended up staying five years with this initial project and then even longer working on other projects. Nendre has become increasingly independent, so at this point we mostly do smaller projects, often focused on sharing experiences and practices.”

Justina and Nendre have been part of many different projects and initiatives, especially between the Nordic and Baltic countries plus Russia, Belarus and the Kaliningrad Region. It is clear that sharing knowledge and learning from others is a key to Nendre’s success. An example of such a project is “Nendre – Lessons Learned”. 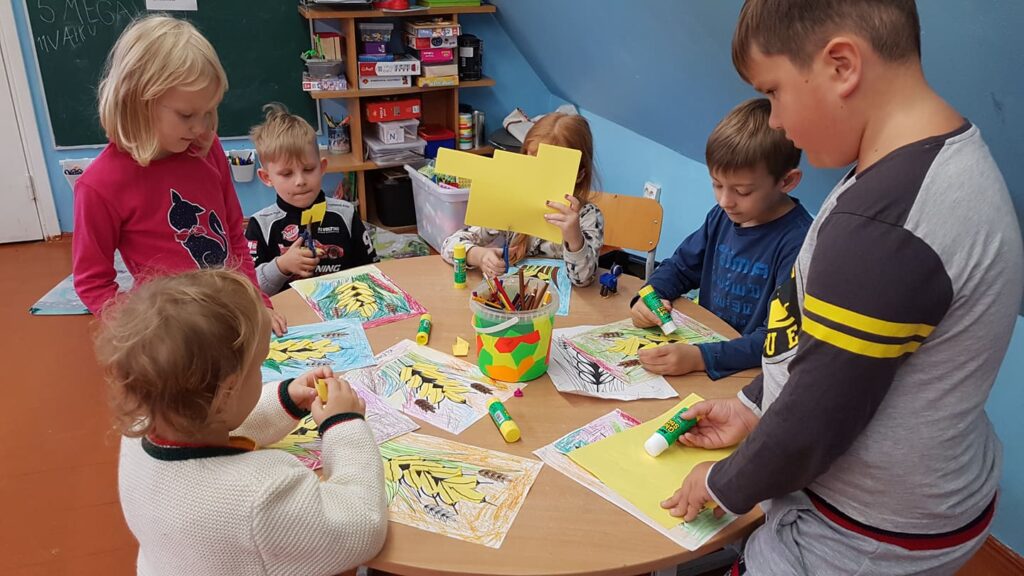 This project included four networking seminars a year for five years. Different topics were offered on gender equality, empowering women and working with teenagers. The goal was to provide a variety of knowledge and methodologies for the participating organisations for them to get started on their work towards more gender equal institutions.

“The project worked well because Nendre had already processed these ideas and applied them. In that sense the initial work regarding adopting the good practices had already been done. After it has been processed and adopted, it can more easily be transferred or applied in other former Soviet countries, where we share a similar history and experiences.”

Creating change one small step at a time

One example of this was the the Nordic boy and girl discussion group model, which was first introduced in Lithuania and then in Belarus and Kaliningrad. That way the Nordic experiences were channeled through Lithuania. The discussion group model has been used successfully for more than a decade now in Belarus. Justina hears many success stories and is excited to see how the methodologies are applied and developed.

“It’s impressive to see how our “students” have outgrown us. Since these first initiatives they have also added mentoring. They are very active working with gender equality and also organises gender equality camps for youth. I asked if they get participants and they get a lot. The interest is high even though the environment is not always the most supportive.”

The situation in Belarus is still very challenging regarding discussions on gender equality, but there are still people working hard to take small steps forward.

“There was this man in his 50s, who had been part of a project with Nendre. He is organising groups for expecting fathers in Belarus and is a self-declared feminist, which is incredible for Belarus. He says that young fathers are very interested in this group. It’s so important that we also engage men, not only girls and women. From the beginning Nendre has focused on women, single moms and empowerment of girls. We realised it’s not enough. We have fathers too, maybe not biological fathers but still a father figure for these children and of course we should include these men in this work.”

Nendre has organised discussion groups on topics of gender equality, norms and stereotypes both for teenagers and adults. Many people don’t have a safe space to discuss these topics and ask questions. Seeing the evaluations from the groups, they realised that the older people get the harder it is to change someone’s thinking on these issues. Discussion and questioning of gender stereotypes should start as early as possible.

“Together with Nordic Council of Ministers Office in Lithuania we developed the project KID, Kindergartens In Development. The project was about equal opportunities for boys and girls, so we included the gender dimension. As participants in the project was Nendre, a Russian NGO kindergarten and Waldorf on the Åland Islands. We wanted to show that Nordic kindergartens are not self-learned when it comes to gender equality.”

The project included a study visit to kindergartens in Finland, the Åland Islands and Sweden where staff from the participating kindergartens, experts, and mentors from all three countries joined. After the trip all organisations made individual gender equality plans based on their context. In Russia it was a huge step just to put gender neutral stickers on the children’s shelves. They also gently encouraged parents to dress their children in more practical clothing so they could play more freely. It was these simple, but important things, that were emphasised.

“In Lithuania Nendre had already done a lot of work, so they had a lot to build on. They were working with images about changing norms. In Sweden one municipality did this project Norm Storm, where kids were challenging norms and stereotypes through discussions based around images. At Nendre the staff took different images from the internet, such as a girl with short hair and they would discuss how she looks, how the children would describe her, and together challenge and discuss their assumptions.”

A lot of work has been done at Nendre with a strong emphasis on gender equality that has helped challenge stereotypes and foster new thinking. Even though gender stereotypes might be stronger in Lithuania compared to the Nordics, the willingness to engage, learn, and improve is very strong and professionals in Lithuania are dedicated to grow.

“Sometimes in the Nordic countries, people say ‘oh no, not another project, not another training’. They don’t want to come after work hours or on the weekends. Maybe people have gotten a bit spoiled. Here in Lithuania when you offer something people are so excited and will come at anytime. Whatever you offer they show up. So it’s very motivating to see this interest.”

Justina also believes that the public discourse about gender equality is changing. She is noticing more voices speaking about diversity and equal opportunities.

“In Lithuania women still do most of the house work. In working life, women are appreciated and seen as qualified and competitive. The stereotypes about women are much less because there are more women in business and leadership roles. But the big question is still who does the work at home.”

A safe space for everyone

Nendre will keep being a frontrunner in the work for gender equality. Last year marked the 20th anniversary of the institution and this has sparked discussions about the future. Should they move so they can expand or focus more on the methodological development?

“We realised that we want to stay in the same location despite the challenges. I think the children who come here need a safe home atmosphere, which this house provides. Parents and children like that this house is close by. In this urban and rapidly developing part of the city, it’s a safe space. So maybe we will focus on developing the methodological framework. We already have many study visits, showing how we work as a community. We will also continue to develop our work, not only with the children but with the whole community.”

Everyone is welcome at Nendre regardless of social background or struggles It’s not just for single moms but for any family of any composition and any cultural background. People should feel that no matter their situation there is room for them at Nendre.

“We call our approach an inclusive, educational model and we want to continue with this flexible approach. It’s not just about having a set number of services, but how we can adjust to any situation. We see ourselves as one of the leading organisations regarding gender equality work with small kids because it’s still just the beginning and there is a long way to go. We are always doing awareness work since we get new kids and families all the time, so it’s an ongoing process.”

Educating and training staff has been a priority from the beginning. At Nendre they are often looking to the North for inspiration. The collaboration, sharing of experiences and inspiration is a central part of their work and also brings new opportunities and venues for them to spread the work they do. The new director of Nendre has also given a few lectures on gender equality in kindergarten for the pedagogy students.

In the summer of 2018 Justina moved back to Lithuania and continued her engagement in capacity development of Nendre in her position as a Project Manager at Emmaus Åland, which is a long-term partner of Nendre and one of its shareholders. For Justina her time with Nendre might officially be coming to an end, but Nendre will always feel like a second home to her.

“My favourite thing about Nendre is the special attention given to every single child and person coming through the door. You feel like somebody cares about you. It makes you feel this trust, that you can open up no matter if you have good news to share or you are trying to solve a big challenge. There is always an ear ready to listen. That’s my favourite thing.”

Nendre and Justina were able to apply for the NGO programme to gain support for study trips and other forms of knowledge sharing and exchange. Are you working in an NGO and interested in connecting with potential Nordic and Baltic partners? Read more about the NGO programme right here!