How collaboration can make you stronger 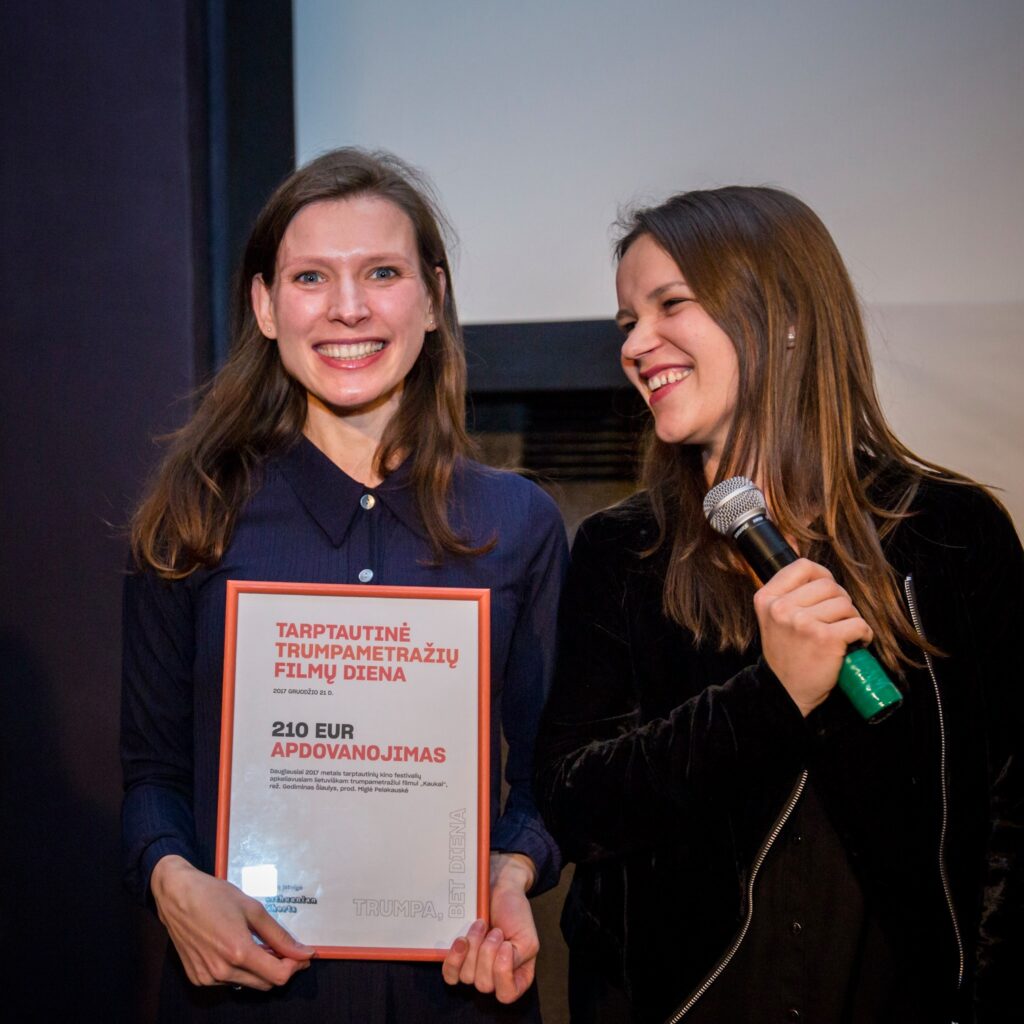 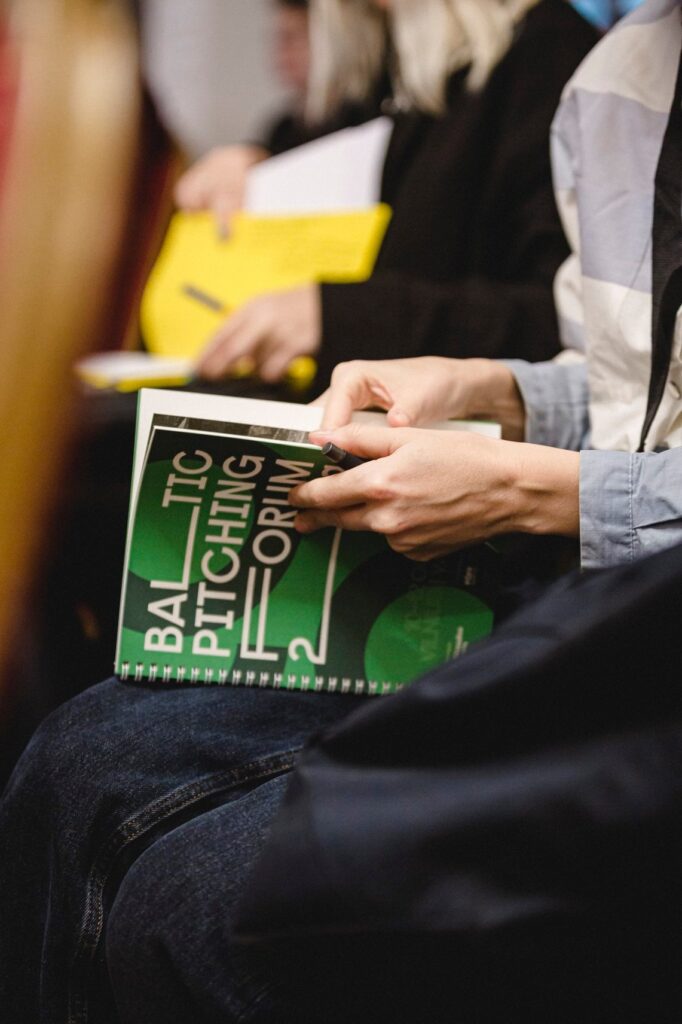 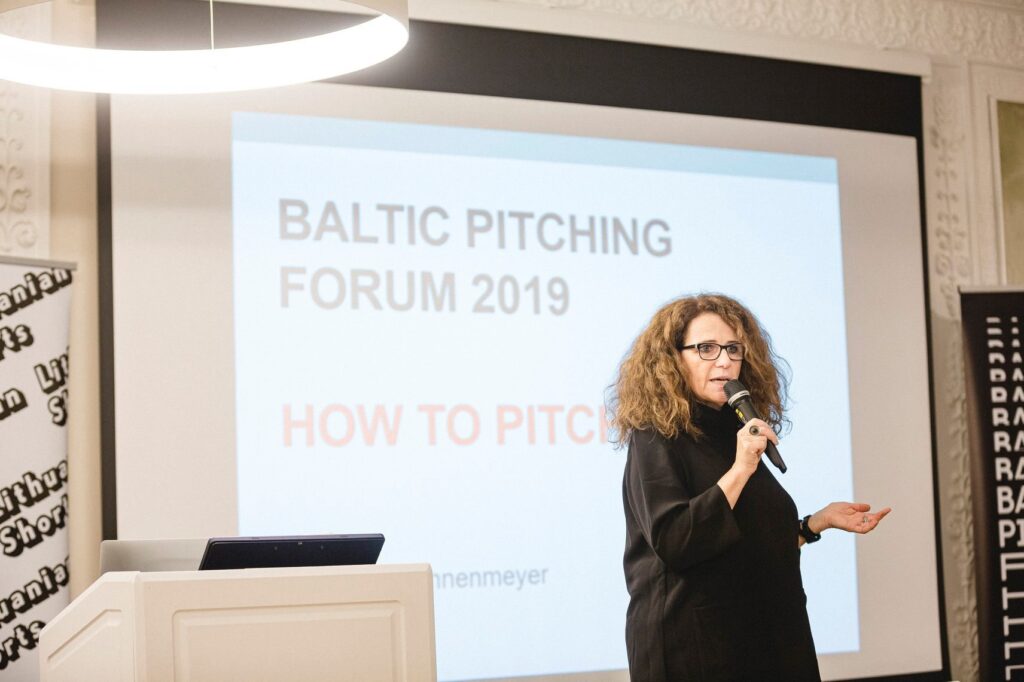 “When I was 16 years old, my friend and I decided to start an open air cinema project in our hometown. That was my first step into the film industry. We later applied for and received EU funds together with my high school to continue the open air cinema. We organised screenings of Lithuanian films in different venues. After this experience I decided to apply for the Lithuanian Academy of Music and Theatre to study film production.”

Rimante Daugelaite is one of the founders of Lithuanian Shorts, the Lithuanian Short Film Agency. She has been the official head of the agency since the founding in 2012. She started making films herself during her studies where she worked on her own projects and also collaborated with other students. She made short films and a feature length documentary before she began moving more into film projects and away from producing.

Lithuanian Shorts also organise Vilnius International Short Film Festival, the Baltic Short Film Script Development Residency “Baltic Shorts Residency” and a mentorship program for women in cinema and television “Lithuanian Shorts Mentorship”. The number of activities speaks for themselves. The key purpose is to promote Lithuanian short films and filmmakers, though they also have a few projects not strictly focused on short films. Their work is also moving beyond Lithuania and into the Baltic short film community. This is also part of the reasoning behind the Baltic Pitching Forum.

“With the Baltic Pitching Forum we want to focus more on the short film industry in the Baltic region. We started the event in 2013 and each year we select a total of 9 participating projects, three from Latvia, Estonia, and Lithuania. They come to Vilnius to present their early stage short film projects, mostly scripts. They practice pitching on the first day and then pitch to an international panel on the second day. The panelists can be distributors, from television, sales agents, producers. Basically the people that could be interested in the kind of projects that are being pitched.”

This year the Baltic Pitching Forum had a bit of a twist. Rimante explains that they had been considering inviting a guest country to participate, and this year three projects from Finland was invited to join the event in Vilnius.

“It was really interesting to compare the projects from the Baltic countries with Finland, because they were really different. Everything from the topic, format and approach. The Baltic style, especially Lithuanian and Latvian, is quite dramatic. It’s often focused on personal dramas between father and son or in a romantic relationship. The Finnish projects were more comedian actually. They have more genre films and are more open for experimenting. It’s a very different style. The mood and atmosphere was so different, also when they were pitching.”

The benefits of a network

Rimante likes how the element of a guest country is adding a new perspective, comparative element and allowing inspiration and ideas to flow between the different cultures. Next year Poland will probably be the next guest country. There are already plenty of success stories from the Baltic Pitching Forum, even one from Finland just this year.

“One Finnish project was very interested in doing co-production with Lithuania, and they got in contact with a Lithuanian producer during the forum, so that was really great. This year we also had alumni screening, where we screen the films that were actually produced after being pitched in earlier editions of the forum. It’s really nice to see the final result of a project that was just pitched a few years ago. We have also had a panel member who ended up producing one of the short films being pitched.”

They also give out a few awards during the forum. One of them is the chance to participate in the Euro Connection Co-production Forum, held in Clemont-Ferrand, France. One of the winners from three or four years ago went to this forum and got to know their French co-producer. They were able to attend and make that connection because of the Baltic Pitching Forum. Being able to participate in these international events are important for building a career in this field and the path has gotten much easier since Baltic Pitching Forum was founded.

Going from niche to normal practice

Making short films is still quite niche in Lithuania. There is a misconception that short films are just for students or amateurs and not something very professional or high quality. You don’t see short films in the cinema or on TV. Rimante and Lithuanian Shorts are trying to change this attitude by introducing more people to the diversity and quality of short films and they are seeing a growth in interest and awareness.

“The film industry has changed a lot since 2012. We work actively to encourage the viewers to watch short films, because in Lithuania we have no practice of seeing short films at the cinema or on TV. We are now having organisations contact us because they want to screen short films at their event. People are now more willing to pay for that program, not expecting to get it for free because it’s short films. Short films in Lithuania are also becoming really professional. During the past 5 years many short filmmakers have received important international awards and are being recognised.”

Rimante is excited to see short films becoming increasingly popular with a growing audience. People are starting to understand that short films can be high quality and that the short format is powerful for storytelling. This is also the case for companies and organisations, which are noticing the strength of the short format for events.

“Lux express, a commercial bus company, asked us to show some Lithuanian short films at their promotional events. This shows the strengths of short films; the short format is cool, fast to watch, but still high quality. You don’t have to look for foreign films, there are high quality, Lithuanian short films. These cases are good signs that the industry is changing. We had a cinema hall screening only short films at Comic Con Baltics. Two whole days of only short films, which was a great success. At this type of event people prefer the shorter format, because it’s quick but you get a whole story during these 10 minutes.”

Lithuanian Shorts is also part of the Nordic-Baltic short film festivals network, where they exchange film programs and share best practices. Also within the Baltic countries Rimante and her colleagues are working closely together to share and promote Lithuanian and Baltic short films and they focus on working together and helping each other out.

“The Nordics are an example for us when we think of how to present ourselves as a region. In Clement, France they have a huge short film market and we go there every year. We always have a national stand as Lithuanian Shorts, but for the Nordic countries they have a common, Nordic stand. It’s an example of how to be regional and benefit from joining forces. That’s one of our goals and hopefully we’ll have a joint stand for the Baltics in 2021.”

Since Rimante and Lithuanian Shorts already have close collaboration with their counterparts in Latvia and Estonia, it seems that this goal is not too far off. With Baltic Pitching Forum they have definitely proven that working together and joining forces can accelerate their growth and the awareness of Baltic short films much faster than they could have alone. But for Rimante there is still a lot more work to do.

“For the future I’m hoping that our national television will screen more short films regularly. I would like it to become a normal practice. This year we started screening short film programs in the cinema, we would love to do that more often to make short films more well known. Finally, I really hope that one day the national politicians will invest more in short film production. For me, Finland is a great example of how this could look. Yle (the national public broadcasting company in Finland) is pre-buying and investing in the short film projects, making it much easier for the short filmmakers to get their work out there.”