If nobody is doing it, do it yourself 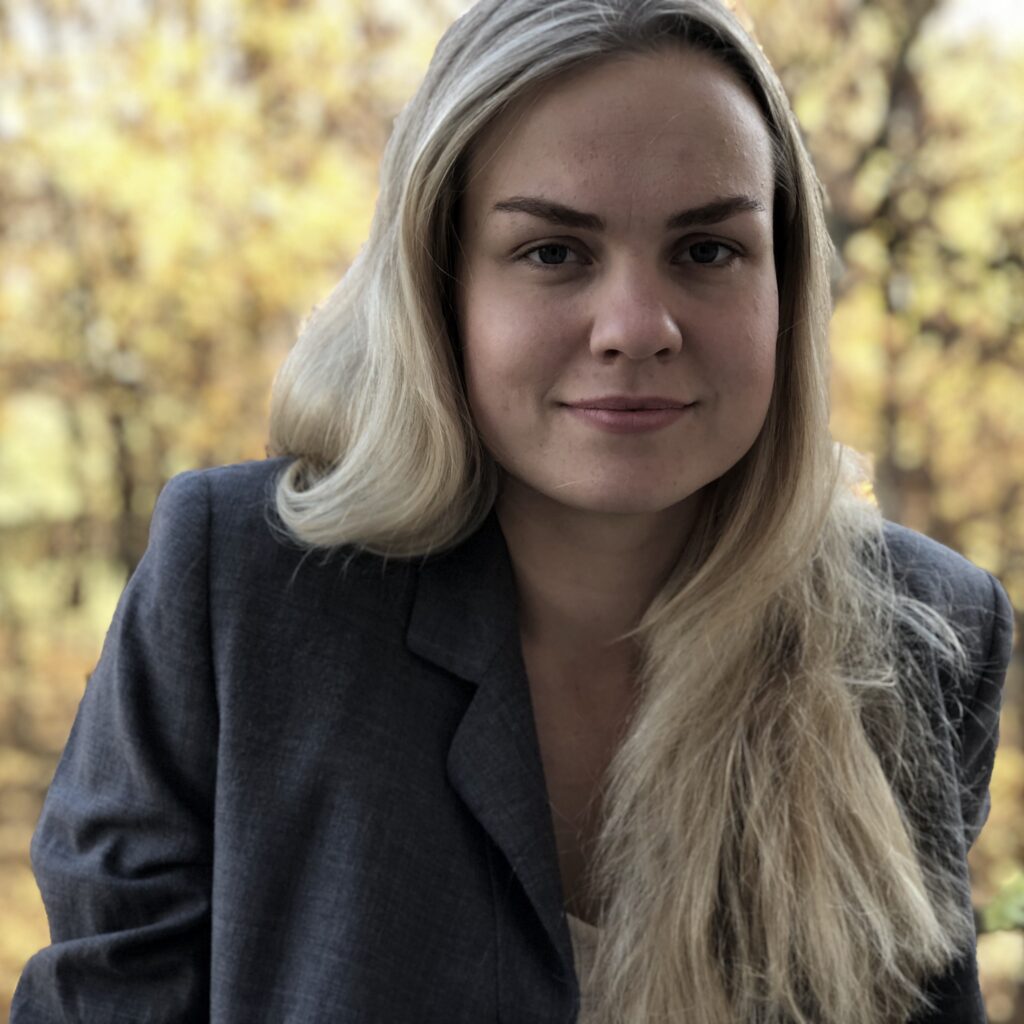 Monika Stankevičiūtė – Juknienė is the CEO of National Institute for Social Integration. In 2018 her and her team visited four Nordic countries to learn more about impact investment and how to better support social enterprises. In this story Monika tells more about the status of social enterprises in Lithuania, how they can make a difference in local communities and why having access to small investments is key for a thriving social enterprise ecosystem.

“A lot has changed when it comes to social entrepreneurship. There was almost nothing when we started 7 years ago. I’m often invited to give keynotes and previously I always had to take five minutes to explain what social entrepreneurship is. I don’t need to do that anymore. It’s nice to see that there is finally some awareness. Other changes are the access to financial opportunities and municipalities are getting more interested in buying services from their community and NGOs. We see many of these small steps, often very simple, cheap and easy ones, but they have a huge impact.”

Monika Stankevičiūtė – Juknienė has been the CEO of the National Institute for Social Integration, a human rights advocacy organisation established in 2009, for two years. The main purpose of the organisation is human rights advocacy both through talking about it but also by developing financially sustainable social innovations supporting different vulnerable groups in society. For Monika the path to this sector combining social issues with impact enterprises has been developing organically since she was a teenager.

“Since I was 14 years old, I was very active in NGO work in my hometown. When I was in my second year of university in Vilnius I had gotten quite bored and really wanted to do something. I saw this ad on Facebook for a coworking space looking for volunteers. I had no idea what a coworking space was but I went and presented myself. From there everything moved very fast. Just 1,5 months later I was offered a job. We were discussing social enterprises, organising events and that’s when I really got introduced to this field of social entrepreneurship.”

In 2012 National Institute for Social Integration was one of the pioneers in Lithuania who defined what a social enterprise is. They wanted to clarify what kind of organisation they were, since they were neither a traditional NGO nor business. The term social enterprise merge the two with the impact. The National Institute for Social Integration has launched a range of activities and initiatives, including a coworking space for social enterprises and NGOs to make it easier for them to meet and collaborate, a social business accelerator for young people and the Social Enterprise Summit. Some are active for a shorter period of time, others are still running.

“After the first summit we managed to get have the minister of economy to adopt and sign the national concept of a social enterprise. This gave access to financing from the regional local action groups. Most regions in Lithuania have these associations connecting communities, municipalities and local businesses. They create local development strategies with different instruments supporting social and financial goals. It’s submitted to the Ministry of Agriculture and each strategy is allocated around 2 million € for implementation. We accomplished to include social entrepreneurship as one of the instruments in 42 local action groups. So in 42 regions you can access this funding if you start a social enterprise.” 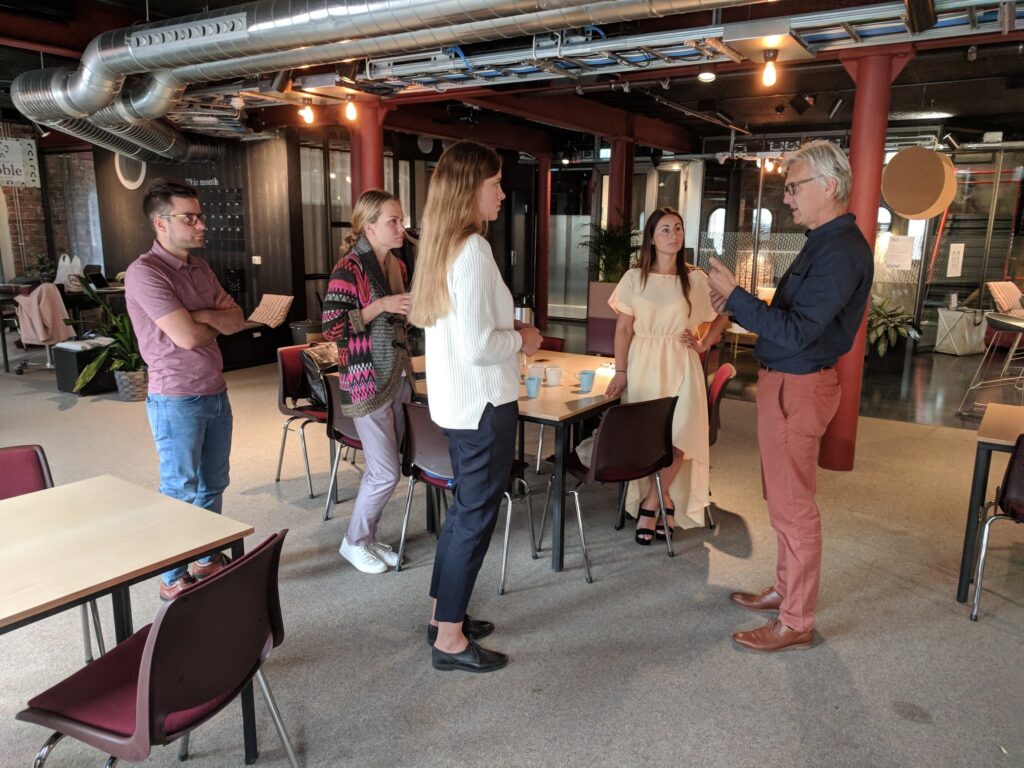 At one of the Social Enterprise Summits Monika got acquainted with the Nordic Council of Ministers and was suggested looking into Nordic partnerships. Monika and her team had been interested in the potential of impact investment as an alternative funding method in Lithuania. Sometimes an initiative just needs 1000-2000 € to do a pilot but you can only apply for larger amounts like 40.000 € from the local action group. Monika thought maybe the Nordic countries had a different approach to solving these issues.

“In Denmark we met the Social Capital Fund. They invest mostly with an investment approach to keep the fund sustainable. We were discussing how you define what is a social enterprise and they were not too interested in definitions. They were looking for impactful social innovations, worth investing in. The label was not important. That was mind-blowing to me. I really like that it’s not about the status, but all about the people and the impact.”

In Copenhagen they also met a researcher from Copenhagen Business School who questioned what is the best way to create impact. If a huge company like Coca Cola redirected 5% of their work into social impact work, is that more impactful than a small company founded on changing the world? It’s a complicated question since small companies often have many indirect effects on the local community and employees. But the definitions keep being a source of discussion.

“In Lithuania we still need to clarify the definitions and create a good environment, but I still try to integrate these new ways of thinking because it’s in the near future for us. In Lithuania impact businesses are booming. People are interested in profit for sure but they want to do work that connects the profit with the impact.”

Monika and the delegation also visited Norway and Sweden but the most impactful experience for them was visiting Sitra in Finland. Sitra is the Finnish Innovation Fund created by the government. Among other things they are responsible for impact investment in Finland.

“The most interesting thing for us was Social Impact Bonds, which is a version of impact investing, that gives funding to services promoting well-being. The funders can be institutional or private investors. This could definitely be implemented in Lithuania and actually the Ministry of Finance is expecting to implement a pilot during the next financial period.”

Monika and her team also got inspired to promote impact procurement. They have been helping Kaunas Municipality in the idea development and Kaunas’ first impact procurement initiative will be launched soon. The challenge is the complex rules of procurement, since it’s focused on the housing issue of vulnerable groups.

“According to the strategy social housing is provided for a person for three years. The idea is that the person will have time to get back on their feet but in reality it doesn’t work like that. People often end up staying in the system. We realised that 70% of the inhabitants in social housing are normal families, paying everything on time, who might just need a bit of extra support. The remaining 30% are the ones in debt, not paying on time, and often with other social issues or alcohol problems. Municipalities have limited resources and they are focused on that 30%. But changing these people takes many, many years. In some cases it’s barely possible anymore.”

On the other hand, there are many opportunities to work with the other 70%, such as impact procurement. People can pick how they want to work and are then paid based on the results. If they achieve certain steps they can receive bonuses. This system is quite similar to the Social Impact Bonds. The main point is that people are able to choose their own instruments and how they work to be able to include as many as possible. 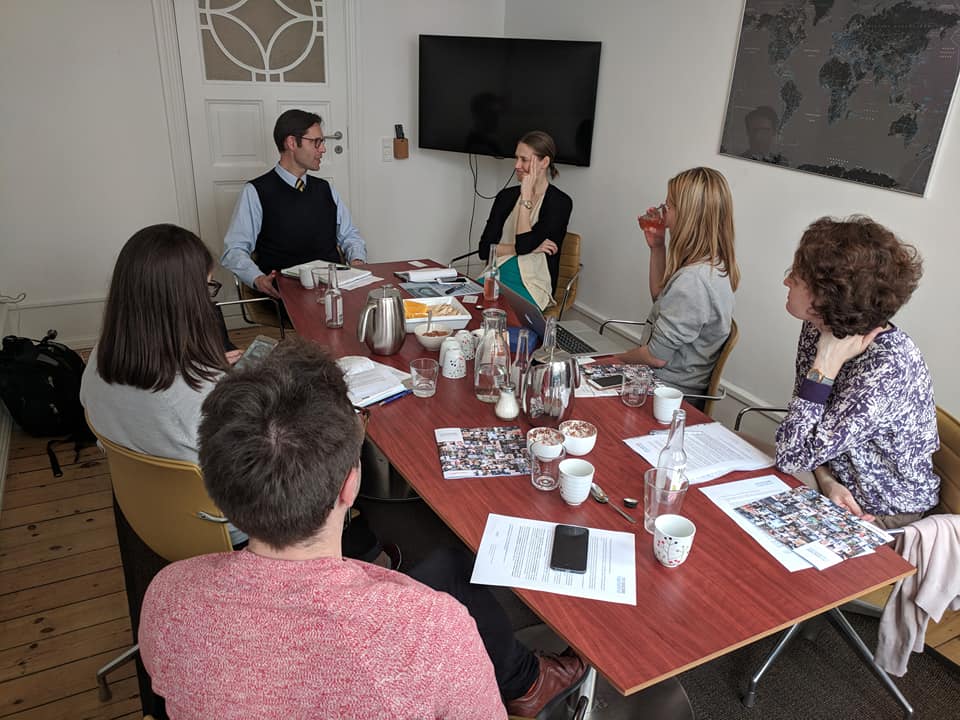 Social impact can take many forms

The trips to the different Nordic countries gave plenty of ideas and inspiration and were a success in several different ways. They got to expand their network in the Nordic countries but also build stronger relationships with Lithuanian ministries. They were traveling with the Ministry of Social Affairs, which they had worked with before, but also with the Ministry of Finance, with whom they developed a strong partnership. They even stepped in as a partner in the Social Enterprise Summit. Arriving back in Lithuania, they decided to share their experiences.

“We decided to host an event on the 12th of december, which is a busy time for people but still 60-70 people attended, including stakeholders from NGOs, social enterprises, government institutions, and companies. That’s when we realised that people are finally willing to take the next step.”

The environment for social enterprises has definitely improved, but it can still be difficult to receive seed funding. Monika are thinking about creating more profitable businesses that could generate profit for these kinds of seed investments. Even though she is focused on impact it’s still important to have a strong business mindset to ensure sustainability.

“We are often talking about how to take proper advantage of the resources. For example, it’s important to consider whether what you need is a training or maybe rather investing in infrastructure or the competences of your employees. Each 1000 € has to be treated not only as this month’s salaries but as an investment for the future.”

In the end social enterprises are so much more than the direct business model they are built on. One thing is the specific product or service another thing is the indirect effects of that work. Especially when working in rural communities in Lithuania there are many indirect outcomes of the work that can be defined as part of the impact.

“Starting an enterprise in a rural area can have huge, indirect impact. One of our initiatives, Innovators Valley, is an example of that. Here we are renting out premises, providing catering, trainings and other services. These things in themselves are not necessarily impact-oriented, but how we work with our employees is. It would be easier and cheaper to hire people from Vilnius and bring them here. Instead we have employees with different challenges, such as social exclusion, very little education, mental challenges or women who experienced domestic violence. Working with a group of people with different challenges might not be the most effective way but it means a lot to the community.”

Monika is full of ideas. Every story she tells leads to another thought, idea, or project. Monika and her team are busy and they have many new plans on the drawing board. Every accomplishment is only sparking the next ambition. One of Monika’s dreams for the future is supporting more ideas to be developed within the structure of their organisation.

“After working seven years in this field I have noticed that there are many great ideas, but often the team is not strong enough and the people give up. I have been wondering if we could invite the people with ideas to somehow become a part of our organisational structure where we could support with the network, finances and so on. If one day they don’t want to work on it anymore, the organisational structure would save the idea even if the people leave. Then another group can take it on. This is a goal I would love to achieve.”

Monika and National Institute for Social Integration received funding for their study trips to Sweden, Denmark, Norway, and Finland through (…) mobility program. Are you working with (…) then check our calls for applications here.