We can all be connectors 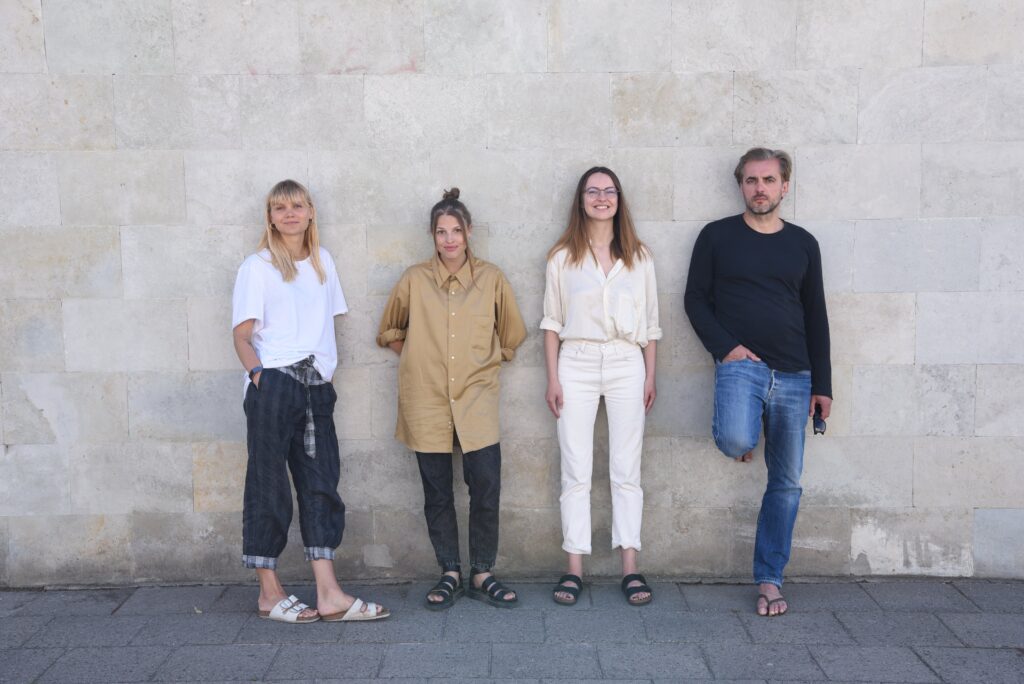 This story is about Giedre Stabingyte, who is the co-founder and managing director of Black Swan Brands and co-founder and editor-in-chief of the magazine N WIND. Giedre has always been attracted to diverse and seemingly opposing topics, which has challenged her to think differently and come up with new ways to combine and connect them. Now this is a central part of her value system and the exact philosophy behind N WIND.

“Since school, I have always been in between. In between math, coding and art. In between getting creative but also making cost estimates and organizing the work. For some time I thought this ‘in between’ was such a lame position because everyone is very good at something, and I’m in between. The way I see it now is different; we have this kind of society where we need more connection, we need more people who can understand and see the potential in different subjects and encourage people to come together and create something.”

Giedre Stabingyte has been seeing connections her whole life. She studied economics because she liked the underlying ideas, thinking, and the ability to create models. While studying in France she also discovered a strong creative side of herself, wanting to take action and create new things. This is where she began creating her own path. How could she combine her love for words with math? She ended up in advertising, where both her creative, analytical and strategic skills could be put to use. She learned a lot, worked with many different people and got an inside view of the creative industry.

“I have ended up spending my whole working life in the creative field. But working as an account director in an advertising agency I realized that it’s very fast paced. You constantly receive new briefs. Sometimes you don’t understand why you are doing something and where it’s going. I started looking for a niche in this creative world that I love, but where I would have more purpose. I wanted more time to think, to work with talented people and give them space and time to immerse themselves in the creative work.”

This was also the time when branding was coming into its own in Lithuania. In 2010 Giedre and co-founder Andrius Skalandis started Black Swan Brands. Branding has developed a lot in the past nine years and have grown increasingly complex. Today it’s value-driven and challenged by requirements of transparency. Technological developments have also disrupted how companies communicate and engage with their customers. Giedre is really excited about this change; it allows her to combine different ideas with creativity, business, strategy and communication. She made connecting her job.

“In 2013, we asked ourselves what else we could do with this kind of thinking. When working with different companies, one question often was ‘How do you position yourself in relation to where you come from?’. We saw these differing identities from Eastern and Northern Europe but also from the Baltic region. Since we’re personally very pro-North it feels like we have a gap in our history where we were pushed in a different direction. How do we reconcile that in our identity, where we have been and where we are going? As branding people we know that you have to build a narrative, to show your perspective. If you show your perspective and where you’re going, other people can join if they like the perspective.”

This is how the idea for the magazine N WIND (‘North Wind’) was born. Giedre believes that in order to feel connected, we need exchanges; to learn about each other and to see where we think similarly and what we have in common.

“The strategic idea behind N WIND was ‘let’s get connected, let’s get to know each other and let’s connect through creativity’. Creativity doesn’t have boundaries. In diplomacy you have borders, but in culture and creativity, people are more open.”

Giedre and Andrius started N WIND with their own money. They wanted to make the magazine free so it would be accessible to everyone and believed that if they made it really good it would work. Initially the magazine was in Lithuanian and they were profitable by the fourth issue through brand partnerships and advertising. They transitioned to English with the ambition of expanding to the rest of the Baltics. They had to rethink the purpose and model of the magazine. Creating partnerships and collaboration, the values they were promoting with the magazine, became a core part of the approach to the new issues. They wanted to touch on what kind of values good societies and institutions are based on and the role of transparency and trust. For issue 14 they worked together with Nordic Council of Ministers Office in Lithuania on the theme ‘Trust’.

“This partnership works because we’re both interested in creating exchanges, fostering positive change and promoting the Nordic countries. When we first agreed on the subject of trust, it felt really broad. On one hand that can be good; it means there are many options, but it was also a bit scary. How could we still be relevant and interesting for people? But when we started diving into it, it was like ‘Wow’!”

Working with the concept of trust really pushed them to explore completely new areas and perspectives. It was inspiring for the team to get to dive into this topic. For Giedre she also started noticing the theme and presence of trust everywhere.

“I was in Copenhagen last summer to meet with Research and Design Lab SPACE10 and we spoke a lot about trust. When you have the trust, you can push boundaries, you can go even further. It’s hard to push boundaries if you don’t trust. This is true both in relation to your country, other people, and institutions. It’s part of our mission to show these ideas and examples to inspire people to engage, talk and to start building trust. We might have come up with this topic at some point, but I’m happy we came up with it sooner, because of the collaboration. Once you start seeing things from this perspective, you see it everywhere. You can travel to countries and say trust/no trust. You meet someone and talk about collaborating and instantly notice whether the trust is there or not.“

Fostering a community of connectors

For Giedre the subject of trust is crucial to building a culture of collaborating, connecting and working together. This is also what she thinks is really needed in the creative community in Lithuania. People still need to get better at seeing the value in exchanging and collaborating more.

“Sometimes I see the creative community as very fragmented and losing touch with the bigger perspective. If people would come together more, they would be able to tackle bigger topics, that are relevant beyond Lithuania. Like, what can we designers do about climate change? This is what I wish for the creative community, to come together and collaborate more. You get stronger together and this enables you to address bigger challenges. You can’t grow if you don’t move to bigger challenges.”

People need to get out of their comfort zones and challenge themselves. As Giedre says, we are living in a time where we can make our ideas a reality. It’s about building a mindset of creating, sharing and contributing. In her eyes this is something that Lithuania as a country needs, to understand their identity and values and position themselves on the world stage.

“As a country we are still struggling with our identity, it is still in the making. We are in between these two worlds; the East and the West. We decide which side we connect with, which values, ideas, and relationships we want. When building strong relationships, I think it’s up to us to get rid of this imposter syndrome. We should think about how we present ourselves. It’s up to us to take initiative and not wait to be recognized. No one will see how amazing we are, if we don’t speak up ourselves.”

Giedre wishes that people would think more about how Lithuania can contribute to the world. There are many opportunities to be part of creating big scale solutions. The mindset is slowly changing but it takes time. Still, Giedre is not doubting that Lithuanians have what it takes.

“Because of our history and geographical location in the North, we have developed this talent for doing things with limited resources. We are a very resourceful, resilient people, who work hard and get stuff done. The challenge is how to use these strengths to address the subjects of interest to people in other parts of the world but the abilities are there.”

Lithuania is a country that has seen immense change and development in the last 30 years. The fight for freedom and national identity has been challenging and full of choices when it comes to what kind of country Lithuania wants to be. Giedre believes that while being ‘in between’ for her was a positive, it can be very challenging for a country.

“We are a country in between, which is a hard place to be. We need to actively decide which side we lean towards. It’s really important to have a unique perspective but also decide what kind of values and beliefs we support. I think being part of this Northern idea, meaning that we accept certain values, build trust and invest in these soft things, it’s a good start.”

N WIND is still mostly self-financed but has received partial support from the Nordic branding initiative The Nordics, which is supporting the traces of North all over the world. Are you working with a project promoting Nordic values or ideas? Check out the calls for projects and see whether you might be able to apply!