The Baltic Sea Festival is Back in September

As always, music is centre stage as the Baltic Sea Festival offers up a festival week brimming with content from the 9th to the 18th of September. This year’s festival centres on hope for the future, and the highly anticipated new beginning many of us are waiting for. A new beginning for exchange and collaboration across borders, and for conversations about the issues that bind us together. The theme is rebirth and culture’s role when society opens up again. New for this year are the Baltic Sea Studio’s daily broadcasts, which make the festival even more accessible to international audiences.

All concerts throughout the festival will be performed at Swedish concert hall Berwaldhallen, with a seated audience. It’s still unclear how many people will be allowed on the premises in September. Image broad­casts on Berwaldhallen Play allow the festival and the music to reach the whole Baltic Sea area live. This year, the festival will be even more accessible to international audiences, through the Baltic Sea Studio’s daily broadcasts in English, with Erik Blix and Malin Jacobson Båth hosting.

“Music is an international language. When times have been challenging, it has given the power to change us, to see the world and our lives differently. And when we finally look towards a rebirth of society and of culture, music has an important role to engender different emotions and to bring relief and hope and joy. This is why we chose rebirth as the theme for this year’s festival and this theme is reflected in some way in every day of the festival,” says Christian Thompson, Head of Artistic Planning at Berwaldhallen.

“We hope that the audience will be inspired by the festival’s programme of talks, which also has the overall theme rebirth and new beginnings. Following this pandemic, when borders have been closed, we want to shine a light on the importance of listening to each other. We want to raise the many different voices from around the Baltic Sea this year. The talk in Stockholm on the 10th of November will be broadcast from Kista Library, which is a new partner and festival stage. We are also pleased to welcome Voksenåsen in Oslo into the collaboration,” says Emma Nyberg, Project Manager for the Baltic Sea Festival.

Seven Days of Music and Talks

Music is centre stage, just like in previous years, and the festival week includes both beloved classics and new pieces. Some of our region’s most interesting personalities will meet in the talks, which will be broadcast from various cities around the Baltic Sea.

“I am proud that what we present in Baltic Sea Festival is a little bit different from the rest of our season.  I am also happy that we create brand new projects with works by Britta Byström and Jan Sandström. We also celebrate that our choir will finally perform in public with its new Chief Conductor Kaspars Putniņš and that our orchestra will be reunited with Esa-Pekka Salonen, one of the original festival founders,” says Thompson.

The festival begins on Thursday the 9th of September with a dazzling opening concert, featuring Esa-Pekka Salonen and the Swedish Radio Symphony Orchestra. The first talk takes place at the Royal Library in Copenhagen, where author Carsten Jensen talks about his latest book Exercises in Saying Goodbye: a Corona Review, about whether it’s possible to find power for collective change in a personal loss.

The next day, the 10th of September, will see a double premiere of two works by Britta Byström: Ink-Wash on Paper, which is performed alongside projected images by artist Gunnel Wåhlstrand, and A Room of One’s Own, inspired by Virginia Woolf’s essay. Mendelssohn’s Octet is also performed, by Malin Broman and others. The talk is broadcast from Kista Library, where the founder of the Järva Week, Ahmed Abdirahman and author and journalist Johanna Koljonen, talk about how culture can help us to build a sustainable world.

The third day of the festival, the 11th of September, offers music by Bach, Dutilleux and Stravinsky, performed by the Swedish Radio Symphony Orchestra, led by Klaus Mäkelä, Principal Guest Conductor. The soloists are Peter Mattei, baritone, and Miklós Perényi, cello. The talk, with authors Jacek Dahnel and Piotr Tarczyński, broadcast from St John’s Church in Gdańsk, is titled “Art as Resistance”.

There will be a family concert on the 12th of September. The programme is yet to be announced. Today’s talk, “Young Music and Sustainability”, which is broadcast from the Museum of Modern Art in Vilnius, is a meeting between Marta Finkelštein and Sandra Galdikaite, who both work with issues concerning young people’s creativity and relationship with the environment.

There is a break in the programme from the 13th to the 15th of September, and on Thursday the 16th of September, the festival is back with the Radio Choir, led by Kaspars Putninš, and concert “The Baltic Seasons”. There will be works by Kaija Saariaho, Pēteris Vasks and Jan Sandström, with a world premiere for a new piece by Jan Sandström. Today’s talk, featuring prominent guests, is broadcast from Hanaholmen in Helsinki.

On the 17th of September, the Stenhammar Quartet will perform Joseph Haydn’s The Seven Last Words of Christ. A unique experience where the singularly beautiful music is combined with selected words delivered by representatives of the seven world religions. Dramaturgy and direction by Magnus Lindman. The talk from Voksenåsen in Oslo is titled “Our Joint Responsibility”. The participants are Knut Storberget, former Minister of Justice in Norway, and Elisabeth Åsbrink, author and journalist.

The festival ends with a talk from Riga on the 18th of September, featuring composer Raimonds Tiguls, and author Nora Ikstena, two of Latvia’s most influential cultural figures, and creators of oratorio The Book of the Sea. The final concert is Handel’s Messiah, with the Swedish Radio Symphony Orchestra and the Radio Choir, led by Reinhard Goebel, with world-class soloists.

The theme of this year’s festival is rebirth and new beginnings, and the participants in the talks are musicians, authors, politicians, etc. in the associated cities of Helsinki, Gdańsk, Riga, Vilnius, Oslo, Copenhagen and Stockholm. The talks are broadcast on the festival website, and on large screens in both Berwaldhallen and the participating cities.

When, Where and How?

Voksenåsen in Oslo, Hanahomen in Helsinki, the National Library in Riga, the Museum of Modern Art in Vilnius, the Kista Library, and the National Library of Denmark – the Black Diamond – in Copenhagen will show broadcasts of the live concerts on big screens following the talks. The Baltic Sea Cultural Centre in Gdańsk will broadcast from the St John Church in Gdańsk.

The Programme Day by Day

There will be three fanfares over the first few days of the festival, in different locations in Stockholm, as well as a final one on the last day of the festival, to mark a new beginning for cultural experiences IRL, and for Stockholm. The Baltic Sea Festival Studio offers talks and interviews ahead of and after the concerts. All concerts take place at Berwaldhallen in Stockholm.

Thursday the 9th of September

6.00 p.m. – 6.45 p.m. TALK FROM COPENHAGEN, broadcast from the National Library of Denmark, the Black Diamond. “Exercises in Saying Goodbye” with author Carsten Jensen and Josef Beltzikoff, Orchestra and Choir Director at Berwaldhallen.

7.00 p.m. CONCERT: Opening concert with the Swedish Radio Symphony Orchestra, led by Honorary Conductor Esa-Pekka Salonen. The programme will be announced in mid-August.

Friday the 10th of September

6.00 p.m. – 6.45 p.m. TALK FROM STOCKHOLM and the library in Kista. “Nobody Left Behind” about how everyone can participate in society’s new beginning. A conversation with the founder of the Järva Week, Ahmed Abdirahman and author and journalist Johanna Koljonen.

Saturday the 11th of September

6.00 p.m. – 6.45 p.m. TALK FROM GDAŃSK, broadcast from St John’s Church. “Art as Resistance” with authors Jacek Dehnel and Piotr Tarczyński, both of whom work in Poland. Moderator: Anna Dziewit-Meller, author and journalist.

Sunday the 12th of September

2.00 p.m. – 2.45 p.m. TALK FROM VILNIUS: Broadcast from the Museum of Modern Art, Vilnius. “Young Music and Sustainability” with pianist Marta Finkelštein and artist Sandra Galdikaite, who both work with issues such as man’s relationship with music and nature. Moderator: Fredrik Wadström, programme host, Swedish Radio.

The 13th to the 15th of September: Break

Thursday the 16th of September

6.00 p.m. – 6.45 p.m. TALK FROM HELSINKI, broadcast from Hanaholmen. Names to be announced. The talk is led by Erik Blix, programme host, Swedish Radio.

Friday the 17th of September

Saturday the 18th of September

6.00 p.m. – 6.45 p.m. TALK FROM RIGA, broadcast from the National Library in Riga. The Book of the Sea with composer Raimonds Tiguls and author Nora Ikstena, two of Latvia’s most influential cultural figures, and creators of oratorio The Book of the Sea. Moderator: Fredrik Wadström, programme host, Swedish Radio.

7.00 p.m. CONCERT: Handel’s Messiah (G F Handel) with the Swedish Radio Symphony Orchestra and the Radio Choir, led by Reinhard Goebel. Soloists yet to be announced.

Biographies of the speakers and other participants can be found on www.balticseafestival.com 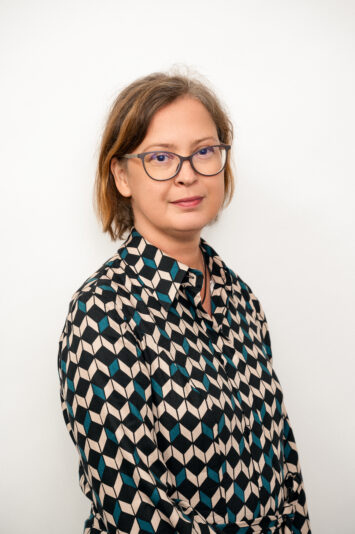