The hackathon was sponsored by the Nordic Council of Ministers Office in Lithuania and organised by Katalista Ventures in partnership with UNICEF, Lietuvos Junior Achievement and Reach for Change, and with the support of numerous friends of the hackathon like ROCKIT, DIGIKLASE, Startup Lithuania, Govtech Lab among other organizations.

“The Nordic-Baltic region must take the lead in ensuring that children and young people thrive! With the Children hackathon, Nordic Council of Ministers’ wants to contribute to raising children’s perspectives and making their voices heard,” said Helén Nilsson, director of the Nordic Council of Ministers’ office in Lithuania. “We believe that it is vital to integrate youth perspective into every aspect of our life in order to live in integrated and sustainable society.”

Throughout the hackathon, the teams had access to 4 workshops organized by international organisations, listened to 4 inspiring keynote speakers, had over 90 mentorship sessions, and participated in demo day pitches judged by top international experts from related industries.

During the hackathon, the participants worked on solutions related to the areas of Health, Green city, Playful city, Resilience, Safety, Equality.

This hackathon achieved the goal of strengthening children’s involvement in the Nordic-Baltic region. The partners believe that children have to be heard and involved in the development of future cities. As the hackathon aimed to produce child-friendly city solutions, as well as facilitate and strengthen the friendships between young adults in the Nordic-Baltics – over 60 teenagers from Nordics and Baltics were collaborating, developing and getting to know each other, while competing for the prizes provided by the partners of the hackathon.

The solutions developed by the teams during the event ranged from traffic safety devices for bicycle and scooter riders to creative ways for children to express themselves and socialize as well as solutions for interior and exterior sustainable design to make buildings greener.

Team Green Bees from Lithuania, who developed a business case for placing beehives on the roofs of corporate, industrial, and residential buildings won the first prize of 1 000 Euros.

Team Firda from Norway, who prototyped a welcoming youth center for their community that can be replicated all around the world won a study trip to Copenhagen to visit the Nordic Council of Ministers Headquarters.

Team Green Wave from Estonia, who is developing a prototype for making schools and offices greener by transforming their interior, won tickets to the event organised by the Nordic Council of Ministers – Regeneration 2030.

Learn more about the Hackathon. 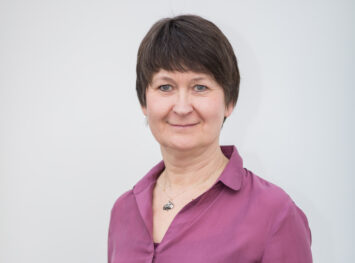